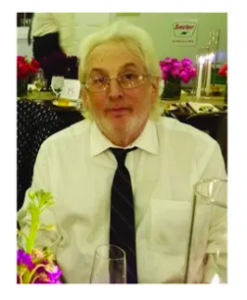 It is with great sadness that we have to tell you that Barry Spunt died from complications related to pancreatitis on Feb. 5th, 2021 after being in the ICU at Bellevue Hospital since August.  All of the charges that were brought against Barry were dismissed.  There has been no official announcement of his death from John Jay College, despite requests from his family.  Barry worked at John Jay from 1993, serving as Sociology Department Chair and Deputy EO of the CJ PhD program.  We wish to see Barry officially recognized with the following college-wide announcement mourning his passing (see at the bottom of the page).  Please let Robert Garot (rgarot@jjay.cuny.edu) know by no later than April 4th if you would like your name to be added to the message to President Mason below, in solidarity and support of similar efforts by his family.

Dr. Spunt’s family, colleagues, and friends across the world were deeply saddened by his death on February 5th, 2021, and regret the passing of such a warm, kind, funny and generous man. He will be remembered as a loving and devoted father to his daughter Sarah Beth. Dr. Spunt’s family is pleased that the lawsuit was settled and all disciplinary charges that were brought against him were dismissed prior to Professor Spunt’s passing on February 5, 2021. There was no merit to the claims made against Professor Spunt and a total lack of evidence supporting the claims.  Significantly, Professor Spunt never worked with, taught, and had virtually no interaction with the plaintiffs. There was no assessment of damages made against Professor Spunt and he was not required to pay one penny, as the Judge pointed out, to settle the matter. When #metoo is weaponized, and Title IX is manipulated for hidden agendas and personal gain, it is a perversion of an important statutory framework intended to protect and empower real victims.

Who we have lost: In 1981, back when the Reagan administration had just embarked on their “Just Say No” policy to drugs, Barry began his career as a Research Assistant at Narcotic and Drug Research, Inc. (NDRI) Street drug research was still in its infancy at that time, but Barry advanced rapidly to become a “Principal Investigator,” receiving federal funding for research projects in a range of areas, including gambling problems among methadone patients, women in drug-fueled relationships that ended in murder, and drug and alcohol use among mentally challenged adults.

In 1993, after over 10 successful years, Barry was recruited to the Sociology Department at John Jay College of Criminal Justice as an Associate Professor where his expert knowledge and experience were key to attracting and retaining research funds and building the department. This was borne out in 1998, when a multi-million-dollar federal study of the resurgence of heroin in New York City was threatened by scandal. Immediately, the John Jay administration looked to Barry to salvage the project and the college’s reputation. That success was followed by a major award from the National Institute of Justice in 2000 to study changes in street-level drug markets on Manhattan’s Lower East Side, the same neighborhood where Barry began as a researcher twenty years earlier.

In 2001, Barry was elected Chair of the Sociology Department at John Jay College of Criminal Justice, ushering in a period of stability with his geniality, infectious humor and non-confrontational style so highly appreciated by his colleagues. Although Barry never aspired to be an administrator – he was first and foremost a scholar and a pedagogue – his commitment to the institution saw him take on administrative roles throughout his career. These included 9 years on the Sociology Department’s Personnel and Budget Committee, Deputy Executive Officer of the Criminal Justice PhD program and Co-Director of the Criminal Justice Master’s Program.

As an educator, Barry was known for his extraordinary abilities as a mentor. Connecting to students at all levels and from all backgrounds his classes on research methods and the sociology of drugs and deviance were some of the most popular in the college. It was a typical day in the sociology department to see a line of students outside Barry’s door waiting to see their joke-telling professor who put them at ease and gave them the encouragement they needed to pursue their academic dreams. As a scholar, Barry published two books, more than 40 peer-reviewed articles and made scores of presentations at professional conferences both nationally and internationally. Barry also took the lead in John Jay’s many scholarly collaborations abroad, mentoring generations of students from the UK, Germany, Holland, Spain, and Russia from the prison abolitionist Common Studies Critical Criminology Consortium to the Hogere School for Applied Sciences in Amsterdam.

Growing up in the Boston area during the 1960s and earning a BA degree in Sociology at U Mass, Amherst in 1970, Barry was witness to the counterculture and political activism that characterized his generation. Throughout his life he championed the cause of social justice and the music of that iconoclastic era. His last two major works, “Heroin and Music in New York City” and “Heroin, Acting and Comedy in New York City” reflected his scholarly fascination with this drug’s deep impact on American and New York life in all its facets. His last book before his untimely death was to be titled “19th Century Opium Dens and Dealers in New York City,” and would have completed his scholarly goal of a trilogy in a subject area that had long occupied his sociological imagination.

Our dear friend Barry Spunt left his beloved daughter Sarah Beth, his brother Larry and the world a better place for his presence.

This entry is licensed under a Creative Commons Attribution-NonCommercial-ShareAlike 4.0 International license.

Need help with the Commons? Visit our
help page Send us a message

Built with WordPress Protected by Akismet Powered by CUNY